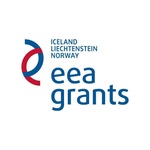 Recording of the conference is available at:

Although the conflict in Eastern Ukraine, Charlie Hebdo shooting and refugee/migration crises in Europe and beyond its borders have brought about strong manifestations of solidarity, however, they have also seen increasing signs of intolerance, both online and off-line. As across wider EU, Latvia also faces the challenge and responsibility of fostering an open, pluralistic and inclusive society, based on fundamental rights.

Evika Silina State Secretary  of the Latvian Ministry of Interior, opened the conference, stressing the importance of ensuring the training of the police, prosecutors and judges  in investigating and combatting hate crimes and the need  to strengthen cooperation with the NGOs. Representative of the Norwegian Embassy Dr. Agnese Cimdina stressed that the increasing number of hate crimes and hate speech incidents indicates growing intolerance against particular society groups. A.Cimdina also highlighted the support provided by the EEA grants programmes for different initiatives aimed at the prevention of hate crimes. The director of the Latvian Centre for Human Rights Anhelita Kamenska informed about the LCHR’s activities within the project “NGO Capacity Building to Combat Online Hate”, including training for young people on hate crimes and hate speech; monitoring of online hate speech; brochure on anti-Semitism and an overview on the developments in prevention of hate crimes and hate speech (legislation, data collection in the EU, surveys by the EU’s Fundamental Rights Agency, etc.); study visit to the Netherlands, the translation of four ECtHR judgements on hate speech/hate crimes intothe Latvian language.

Paul Iganski, Professor of Criminology and Criminal Law of Lancaster University, one of Europe’s leading researchers on hate crime, made a keynote speech on global trends in hate crimes, the impact of hate crimes on the lives of victims..

One of the conference panels looked at successful examples of co-operation between the law enforcement and civil society (e.g. joint campaigns, training, guidelines to investigate hate crimes, research of case files, etc.). Representatives of the Polish Ministry of Interior, Croatian and Latvian Police Academies and a Dutch NGO shared their experiences in addressing hate crimes.

Concerning online hate, the main attention in Latvia has been focused on hateful comments to articles on internet news sites. Have internet news sites modified their policies after the European Court of Human Rights ruling Delfi v Estonia, especially when politically sensitive issues are being debated, e.g. conflict in the Ukraine, Pride, refugee crisis? The representatives of the largest internet news portals of DELFI.LV and TVNET.LV shared their experiences.

The number of daily Facebook users in Latvia rapidly increased in 2014-2015, exceeding the number of daily users of the largest domestic social network. This has led to the increase in complaints about hateful content on Facebook and other global social networks. Gabriella Cseh, Facebook public policy representative in Central andEastern Europe spoke about the developments and standards in Facebook policies, while a representative of a Polish NGO shared their experience in online monitoring Neo-Nazis and radical football fans and work with global social networks.

The conference was organised within the project "NGO Capacity Building to Combat Online Hate” supported by the Society Integration Foundation.  The project is funded by Iceland, Liechtenstein and Norway under the sub-programme “NGO Project Measure” of the European Economic Area grants 2009-2014.